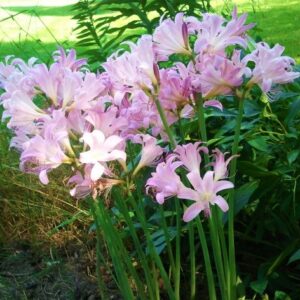 Lycoris bulbs go by many names. Gardeners in different parts of the country call these summer-blooming bulbs a host of different common names. Spider Lily, Surprise Lily, Disappearing Lilies, and Magic Lilies are some of the names. Some regions of the United States even call these mysterious summer bulbs naked lady bulbs. But what makes them so elusive that they have garnered all sorts of curious names? Leaves appear in spring and then disappear for summer. In late summer tall flower stalks of lily-like blooms appear, like magic out of seemingly nowhere. After the flowers appear leaves form again in fall. This magic trick these bulbs perform has helped lyrcois to earn a myriad of names. To learn more about these magical summer beauties read our complete guide to growing lycoris. 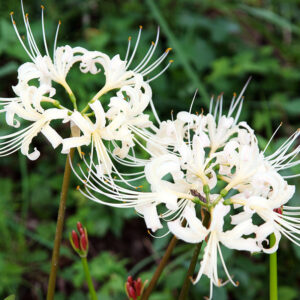 Who Should Plant Lycoris

Gardeners who want a burst of colorful blooms in late summer should plant lycoris. Lycoris look nice planted among low-growing perennials and ground cover. They have tall skinny stems with showy flowers that appear above the low growing perennials.

When to Plant Lycoris

Lycoris bulbs are available for planting in early fall. Planting lycoris in September or October is the ideal time.

Where to Plant Lycoris

Plant lycoris in a location that receives full sun for at least 6-8 hours per day. Lycoris require soil that drains well and is not overly moist in summer. There are several species of lycoris, some species are more tolerant of cold climates more than others. However, most lycoris are considered tender bulbs and grow best in hardiness zones 7 through 10.

Pink Magic Lily (Lycoris squamigera) are the most tolerant of cold climates, they can be grown in hardiness zones 5-9. 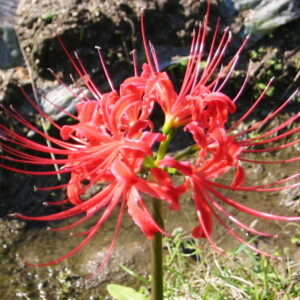 How to Plant Lycoris Bulbs

Lycoris is a true bulb with a definite top point. The pointed end of the bulb should face up. Plant lycoris 4-6″ deep in soil that drains well.

What are the Different Types of Lycoris Bulbs

Pink Magic Lilies are tolerant of colder climates and will grow in the midwest and northeastern hardiness zones. They will bloom in late summer, usually around the end of August. Their flowers are lily-shaped with wider petals than the red, white, or golden spider lilies.

Whatever name you call these unique novelty bulbs is up to you. They certainly are magical with their unique spider-like blooms. Yes, they may appear early in spring only to disappear for summer and then return again late summer, but that is the surprise of lycoris. Lycoris is also known to attract butterflies and hummingbirds. If you like pollinators in the garden lycoris are a lovely addition to the late summer pollinator garden.