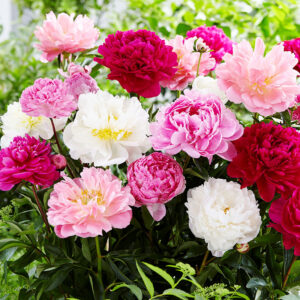 There is something special about old fashioned plants. Perhaps they provide a bit of nostalgia? Their long life reminds us of all they have endured. Heirloom tulips are resilient and have remained in our gardens for decades. Plant heirloom tulips to add an old fashioned touch to your garden.

My favorite old-fashioned plants are peonies, lilacs, bleeding hearts, and catalpa trees.  A tall and mighty hundred-year-old oak tree alone in a farm field is majestic and affirming of strength. Peonies that were planted by a great grandmother are providing blooms for this generation to enjoy.

Landscape trees and shrubs aren’t the only plants that have been around for decades and even centuries. Flower bulbs have a history as well. Tulipmania was a significant time in Dutch history in the 1600s. Many old-fashioned tulips and heirloom varieties were part of that history and even if they weren’t around during Tulipmania they were descendants of that history. Planting old-fashioned tulips adds strength to your garden. It also helps to ensure these long-lasting tulips remain part of our gardens for future generations to enjoy. 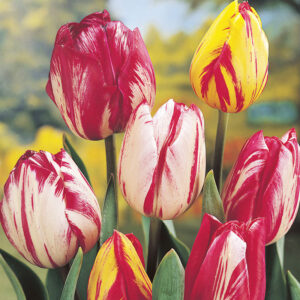 What are old fashioned tulips and heirloom tulips?

Old fashioned tulips and heirloom tulips may be hybridized varieties that have been a part of gardens since the 1950s or earlier. These varieties have stood the test of time.

In addition to truly old tulip varieties, tulip breeders have done an excellent job at producing new tulips that have the appearance of old tulip varieties. Rembrandt tulips were all the rage during Tulipmania. Their broken colors and streaked petals made them rare and highly sought after. However, the reason they had such appearance in their petals was due to a virus passed on by insects. Therefore, it made true Rembrandt tulip varieties unsustainable long term. Tulip hybridizes have done a good job of creating new tulips with broken colors in the petals that look just like the original Rembrandt Tulips.

Heirloom Tulips for your Garden

Heirloom plants are often rare because they may have gone out of production for a variety of reasons. Often, heirloom varieties may have health issues that make growing them unreliable. Therefore, growers turn to newer varieties that have increased disease and pest resistance, making for more reliable crops. However, Holland Bulb Farms offers a few varieties of reliable and popular heirloom tulips. 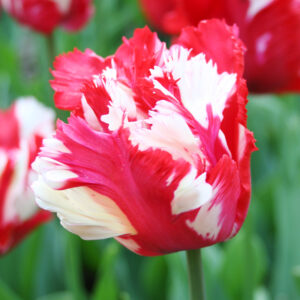 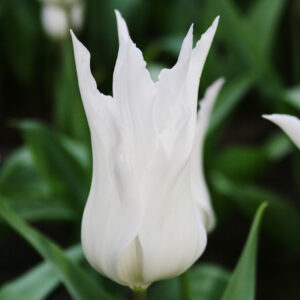 Elegant creamy white flowers are the key feature of this heirloom tulip. White Triumphator appears in the garden with elegance and grace. The pointed petals appear on tall stems of the White Triumphator Tulips. White tulips help to showcase your more colorful tulip varieties, and are essential to the balance of the garden. 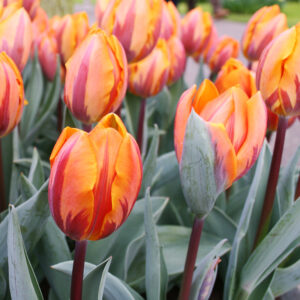 This heirloom tulip is by far one of the most popular tulips planted in fall. It’s hard to pass up the two-toned orange, pink and purple blooms of Princess Irene Tulips. The longevity of this tulip combined with the stunning features make it a classic garden favorite. Princess Irene Tulips can be planted alone in mass to make a statement. However, they also compliment purple tulip varieties such as Negrita Tulips and Purple Flag Tulips. 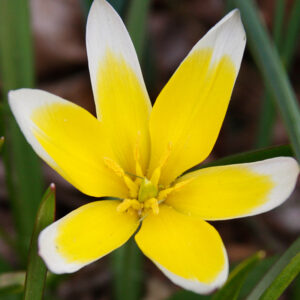 Dainty botanical tulips really bring that old-fashioned feeling to your garden. Tarda Botanical Tulips are some of the oldest varieties originating from central Asia. In Holland, they have been cultivating Tarda Botanical Tulips since the late 1500s. These low growing tulips reach a maximum height of 6″. Tarda Tulips are one of the best tulips for naturalizing as well as perennializing. Botanical tulips are known to be fairly deer resistant, and they are some of the best tulips for southern gardens.

Old Fashioned Tulips for your Garden 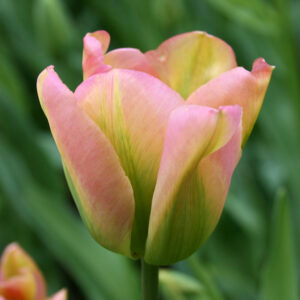 Commonly called green tulips due to the green in their petals, this group of tulips has been around for more than 70 years. Spring Green Viridiflora Tulips have mainly pure white petals with green streaks throughout. Groenland Green Tulips are a popular old-fashioned favorite green tulip that has light pink petals. Whichever of these classic tulips you choose you will add calmness and stability to your spring garden. 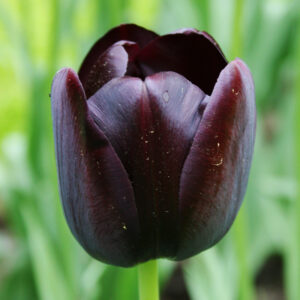 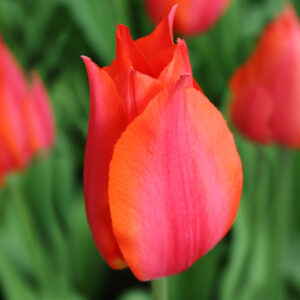 The name says it all with this old-fashioned favorite. Temple of Beauty Tulips is impressive in height as well as color. These single late tulips often mature at 24″ or more. The stately habit of the Temple of Beauty combined with the multi-toned red, and orange petals really take the “wow factor” up another level.

Tulips with an Old Fashioned Feel

There are groups of tulips, as well as certain cultivars that appear to have an old-fashioned feel to them. Many of these varieties are newer hybrids that have been crafted to resemble early tulip varieties. Just because they are new doesn’t mean they won’t present that old-fashioned feel in your garden. 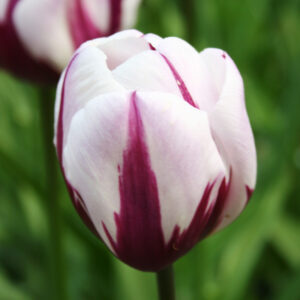 It is not often that things labeled as broken are sought after. However, broken tulips are tulips that have streaks and stripes of multiple colors in the petals, therefore breaking up the colors in the blooms. Triumph Tulip varieties have the most broken tulips and often look like the original Rembrandt Tulips. If you like how Rembrandt Tulips look these are some varieties that will have a similar appearance: 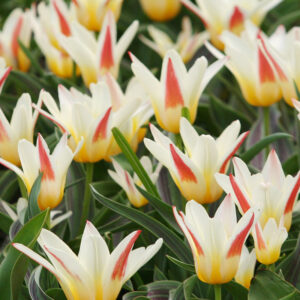 These groups of tulips have been around for centuries. The original Tulipa kaufmanniana and Tulipa greigii are old fashioned varieties. However, many of the cultivars of these Gregii and Kaufmannian Tulips are more recent. They still have an old-fashioned feel. Perhaps it is their strong perennial habit that makes them seem old-fashioned. It could also be their color scheme, in that they tend to be available in more limited colors like red, yellow, white, and orange. 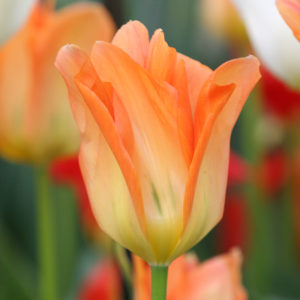 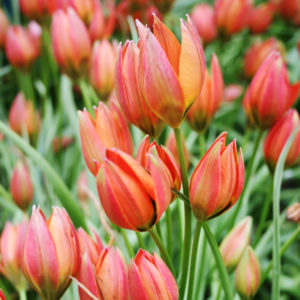 A popular heirloom tulip mentioned above is Tarda Botanical Tulip. There are several other cultivars of botanical tulips that have similar attributes to the classic Tarda Botanical Tulips. While botanical tulips, also called species tulips come from some of the oldest tulips they don’t have the classic tulip look that many are familiar with. Botanical Tulips have smaller tulip-shaped flowers. They are short in stature, reaching heights of only 6-8″. For an old-fashioned back to the roots of tulips adding species tulips to your gardens will definitely do the job.

A Tulip for Every Garden

Old or new, there’s probably a tulip for you! Plant heirloom and old-fashioned tulip varieties to preserve their presence in the garden. From tall to short, fancy petals or classic solids, there is a tulip for you. Reliable and long-lived, remember these classics and represent them in your tulip garden.

New to planting tulips? Our Beginner’s Guide to Gardening with Tulips has everything you need to know about growing these spring garden favorites!